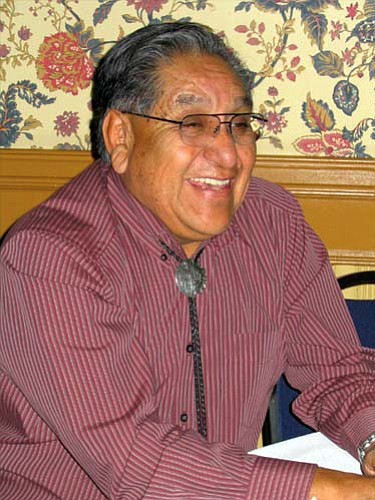 In addition to the welcoming of new members, the HEEF also honored and thanked outgoing members Dr. Willard Gilbert, Christine Gilbert, Marvin Yoyokie, Bonnie Talakte and Tio Tachias for their commitment and service to the organization. HEEF Executive Director LuAnn Leonard said, "We thank the outgoing members who have committed their time and energy to further our important mission. Special recognition and thanks to both Dr. Willard Gilbert and Marvin Yoyokie for each serving two terms as president. Their leadership and support were invaluable to the success of HEEF."

With the welcoming of new members, the HEEF Board and staff are looking forward to continuing and implementing new fundraising activities, most notably their annual silent auction.

HEEF Marketing/Special Events manager Sam Tenakhongva stated, "The HEEF is currently beginning preparations for our annual silent auction and with this being our sixth year, we look forward to building upon the success of last year's event."

He added, "The HEEF invites the public to join us and support our efforts and consider donating their artwork or volunteering for the Silent Auction which will be held on March 7, 2009, at the Hilton Garden Inn in Phoenix and to also see and bid on Yöngösona, this year's feature piece, [which is] a collective collaboration of turtles made by up-and-coming as well as established Hopi/Tewa potters."

The HEEF is a Hopi Tribal government non-profit program qualified under section 7871 (a) of the Internal Revenue Service Code. All contributions to the HEEF are tax deductible.