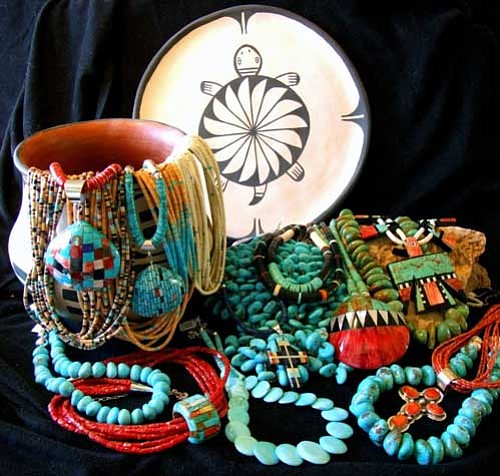 "Native American arts and crafts are the only art indigenous to America," Kyl said when he first introduced the bill. "Inauthentic reproductions and mass-produced knock-offs undercut sales of genuine articles and undermine traditional artisans' techniques. It would be a tremendous loss to the entire country's cultural heritage to lose these traditions."

The original Indian Arts and Crafts Act, co-authored by Kyl when he was a member of the House of Representatives, was enacted to protect Indian artists and craftspeople, businesses, tribes, and consumers from the growing sales of arts and crafts wrongly represented as being produced by Native Americans. A "truth-in-advertising" law with civil and criminal provisions, it prohibits the marketing of products as "Indian made" when they are not made by Indians.

The legislation expands the investigative authority under the original act. Other federal law enforcement entities, such as the Bureau of Indian Affairs Office of Law Enforcement, in addition to the FBI, may investigate cases of misrepresentation and work with Department of Justice attorneys to prosecute the cases.

"Since the original act was passed, it has become clear that the law enforcement provisions need to be strengthened," Kyl said. "The improvements made in this legislation will help to increase the number of complaints that are investigated and prosecuted.

"This is legislation that everyone can agree is important and necessary," add Kyl. "It's my hope that the House will act on it this year."

The bill must now receive approval in the House of Representatives before the end of the congressional session if it is to become law.