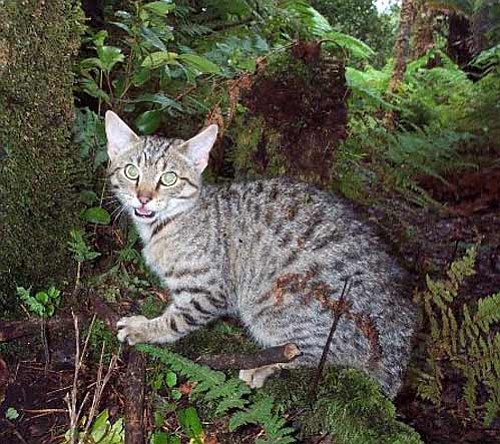 FLAGSTAFF, Ariz. - Coconino County Health Department (CCHD) officials announced Wednesday that a cat located in the Continental Country Club area in east Flagstaff has tested positive for plague (Yersinia pestis) at the Arizona State Health Laboratory. The cat's owners noticed symptoms and took the pet to their veterinarian. The veterinarian's office notified the CCHD and the tests were conducted.

Last month, fleas collect in the Doney Park area, northeast of Flagstaff, tested positive for plague. CCHD Environmental Health staff collects and tests flea samples from plague endemic areas throughout the county. The flea collection and testing were conducted as part of the ongoing surveillance in the Doney Park area. Staff efforts to sample and treat prairie dog burrows will expand as new areas are identified.

Last year, the Coconino County Board of Supervisors issued a Public Health Emergency Declaration and Pet Quarantine after fleas tested positive for plague in Doney Park and the Continental Country Club area. This action was necessary to allow CCHD staff to begin immediate expanded flea control measures. The current situations in Continental Country Club and Doney Park areas do not necessitate expanded controls but treatment has been initiated and the situation will be closely monitored.

Last fall, a fatal human case of pneumonic plague occurred in Grand Canyon National Park. This case was not directly connected to the animal plague outbreak in Flagstaff. No human cases have been reported this year in Coconino County. A presumptive human case was recently reported in Apache County.

The CCHD is urging the public to take precautions to reduce their risk of exposure to this serious disease.

"This situation should serve as a reminder to pet owners. Pets can pick up the infected fleas of wild animals, and then pass on the fleas to their owners. This can be prevented by not allowing pets to roam freely and by routinely de-fleaing your pets." said CCHD Director Barbara Worgess.

Plague is a disease of rodents and rabbits, and sometimes of the predators that feed upon these animals. The disease can be transmitted to humans and other animals by the bite of an infected flea, or by direct contact with an infected animal. The disease is curable with proper antibiotic therapy if diagnosed and treated early.

Symptoms in humans generally appear within 2-6 days following exposure and include the following: fever, chills, headache, weakness, muscle pain, and swollen lymph glands (called "buboes") in the groin, armpits, or limbs. The disease can become septicemic (spreading throughout the bloodstream) and/or pneumonic (affecting the lungs).

Persons living, working, or visiting in areas where plague and/or rodents are known to be present are urged to take the following precautions to reduce their risk of exposure:

• Do not handle sick or dead animals.

• Prevent pets from roaming loose. Pets can pick up the infected fleas of wild animals, and then passing on the fleas to their human owners is one of the common ways for humans to contract plague. Cats with plague can also pass the disease on to humans directly thorough respiratory droplets

• Be aware that unlike dogs, cats are highly susceptible to this disease, and while they can get sick from a variety of illnesses, a sick cat (especially one allowed to run at large outside) should receive care by a veterinarian for proper diagnosis and treatment to reduce human exposure to plague.

• Use insect repellents when visiting or working in areas where plague might be active or rodents might be present (Campers, Hikers, Woodcutters).

• Do not camp next to rodent burrows and avoid sleeping directly on the ground.