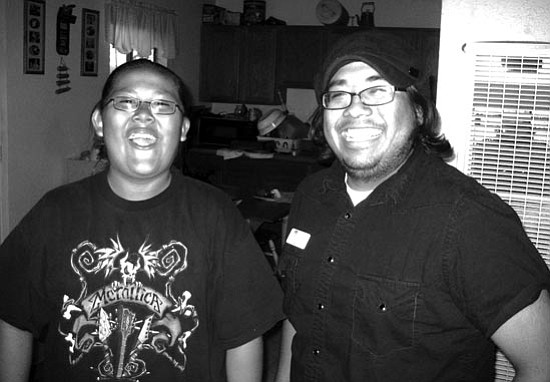 FLAGSTAFF, Ariz. - Big Brothers Big Sisters of Flagstaff (BBBSF), a non-profit organization dedicated to improving the lives of local children by matching them with appropriate adult mentors, is reaching out to Native American children in Flagstaff and the Hopi and Navajo reservations. BBBSF has launched the Bare Root Initiative, named for a regionally indigenous sacred plant, which promotes mentoring relationships among Native adult volunteers and youth participants (dubbed Bigs and Littles by BBBSF) and focuses specifically on Native American family, culture, health and education. In a mentoring relationship, Bigs and Littles spend time together for a couple of hours a few times a month at the Little's school or in the community.

"Each and every child has the right to have someone special in their life - someone to learn from and experience new things with," said Dinah Gillette, Bare Root Initiative Advisory Council member, Big Sisters Board member and member of the Hopi tribe. "It doesn't matter the race; having a positive mentor in a child's life can make a world of difference for their confidence and self esteem."

The Bare Root Initiative, which was officially launched this spring, is funded by Big Brothers Big Sisters of America (BBBSA) with grant money provided by the Department of Justice. The Flagstaff agency is one of only a handful of BBBS agencies to receive funding to pilot a program geared specifically toward Native Americans. According to BBBSA, programs like Bare Root have reached nearly two dozen Native American communities across the U.S., including Alaska.

Gillette, who helped to start the Bare Root Initiative, said that BBBSF found out about the organization's interest in Native American mentoring during the BBBS National Conference in 2006 through a chance meeting with someone who told them about the grant opportunity.

"A man sat at our table and told us about the available grant money and all of us got so excited," Gillette explained. "I told him all about Flagstaff - how we're a sort of border town (located between two reservations) and have a lot of Native children to serve. We were lucky to get the inside scoop about the grant and during the rest of the conference we bounced ideas off of each other about how we could implement a program like Bare Root. I was happy to learn that, because of that conversation, we were chosen to receive the grant before we even applied."

After receiving the funding, BBBSF formed a committee to help launch the Bare Root Initiative. The Bare Root Initiative Advisory Council advises BBBSF staff on how to develop and implement the most appropriate type of mentoring practices for Native American children. According to BBBSF, the program aims to reach potential Native American Littles and their families through strategies and programs that are culturally appropriate. On a national basis, BBBS hopes that the funding enables participating agencies (like BBBSF) to host Native American cultural events for children and volunteers, work with tribes to bring the program to their reservations and provide more effective communication at cultural gatherings and events.

Gillette, who has lead a thriving career in law enforcement, education and community activism, said she owes her success to the two role models she had growing up - her parents. But, she knows not every child is as fortunate as she was, so the Bare Root Initiative is very near and dear to her heart, she said.

"As a police officer in Flagstaff, I saw children from all races that came from single-parent families, who were latch-key kids," Gillette said. "I often wondered who was there for them? That is why I like this program - it is such a privilege to be a Big. Someone trusts you with their child, what an honor."

So far, BBBSF has created more than 30 new matches that involve a Native American Big and/or Little. Their goal is to have 36 matches by the end of the year. Gillette said she hopes the Bare Root Initiative continues to recruit more Native Bigs and Littles as the program continues to grow. She also said the council is working on planning several upcoming events, like a blessing ceremony, for Bare Root matches.

"I hope we (BBBSF) reach as many potential Native Bigs and Littles as possible," Gillette said. "Having traditions and a culture in common is often an icebreaker for the children - a way to help them open up and begin a great relationship."

For more information on the Bare Root Initiative or Big Brothers Big Sisters of Flagstaff, call (928) 774-0649 or e-mail hilary@bbbsf.com.