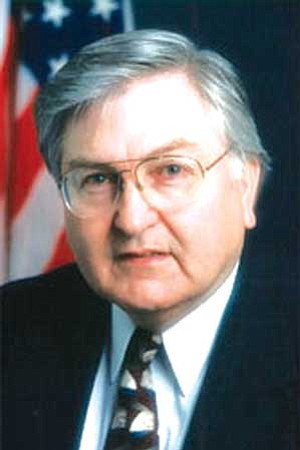 ROCKVILLE, Md. - Robert G. McSwain, a member of the North Fork Rancheria of Mono Indians of California, was officially sworn in on May 7 as the eighth Indian Health Service (IHS) director. McSwain has served as IHS acting director since September 2007.

The IHS, an agency within the Department of Health and Human Services (HHS), is the principal federal health care advocate and provider for American Indians and Alaska Natives. As the IHS director, McSwain administers a $4.3 billion national health care delivery program composed of 12 administrative area (regional) offices. The IHS is responsible for providing preventive, curative, and community health care to approximately 1.9 million American Indians and Alaska Natives in hospitals, clinics, and other settings throughout the United States.

Mike Leavitt, Secretary of HHS stated, "I applaud the Senate's confirmation of Bob McSwain as Director of [IHS]. Bob brings to this role strong leadership skills and more than 30 years of federal service. Throughout his tenure, he has shown a strong dedication and commitment to the health and well-being of the 1.9 million American Indians and Alaska Natives served by this Department. I know Bob will continue to be a tremendous asset to HHS and I appreciate his contribution to the leadership team."

A ceremonial swearing-in ceremony with Secretary Leavitt presiding will be scheduled at a later date.