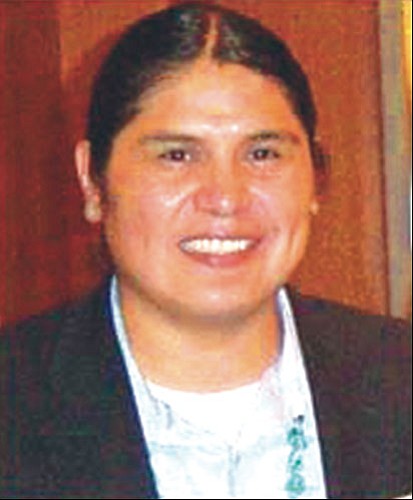 Christopher Clark Deschene, who was raised in LeChee and now lives in St. Michaels recently announced his candidacy for the Legislative District 2 seat in the Arizona House of Representative. Deschene is running as a Democratic candidate.

Deschene is a partner in the law firm Schaff and Clark Deschene, LLC, which does legal work for tribal governments throughout the country.

Deschene is a 1993 graduate of the United State Naval Academy in Annapolis, Md., Arizona State University's College of Law in 2005, and holds a masters degree in mechanical engineering from the ASU College of Engineering in 2005. He is a 12-year veteran with the USMC Infantry and Reconnaissance Units, and completed his duty as a major, USMCR in 2003.

Recently, Deschene successfully defended an attempt to suppress Navajo voters and their ability to select their own political candidates.

"Over the last 20 years, I've worked hard to gain the education and experience needed to best represent the citizens of northern Arizona," Deschene said. "Naturally, I would be honored to serve northern Arizona communities who need strong ... representation."

"Because there are no Republican challengers ... , the voters' decision rests entirely on the Sept. 2 primary election for the Democratic Party. In the next few weeks, I look forward to meeting the voters in the communities of northern Arizona," Deschene concluded.