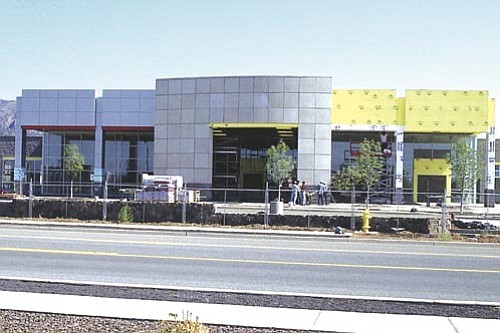 The new Findlay Toyota Flagstaff - www.findlaytoyotaflagstaff.net - is located at 3773 Kaspar Dr., on the site formerly occupied by the previous Toyota dealership.

Cano, a former field manager for Toyota Corporate, jumped at the opportunity to become general manager of Findlay Toyota Flagstaff.

"It's a wonderful opportunity for me to work for a great company, offering a great product in a great town," he said. "My goal is to ensure customer satisfaction in every aspect of our operation and to provide the best value."

Cano said Findlay Toyota Flagstaff plans to support the local economy by utilizing Flagstaff companies for all its business needs.

Findlay is a family-owned and operated company that started in 1961, when Pete Findlay, the family patriarch, moved from Panaca, Nev., to Las Vegas to open the city's first Oldsmobile dealership.

The Findlay Automotive Group - www.findlayauto.com - has 26 dealerships in four states, including seven in Arizona.

Findlay Toyota Flagstaff will operate from its current location until its state-of-the-art dealership (shown in photo) opens in late August in the Flagstaff Auto Park.