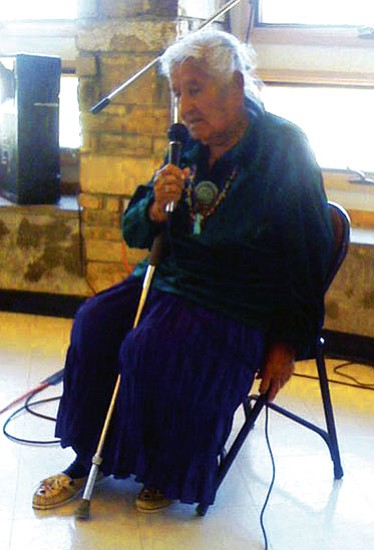 FLAGSTAFF, Ariz. - On Tuesday, June 24, the Denver based Office of Surface Mining (OSM) rejected the request from citizens and organizations for an extension of the public commenting period for the Black Mesa Project (BMP) Draft Environmental Impact Statement (DEIS). OSM is the lead agency for permitting Peabody Western Coal Company's request to resume coal-mining operations on Black Mesa.

On May 23, OSM announced the continuation of the BMP Draft Environmental Impact Statement (EIS) after it was shelved for an entire year due in part to a change in scope after the shutdown of the Mohave Generating Station near Laughlin, Nev. OSM announced that this Draft EIS no longer reflected their preferred alternative. The EIS now consist of two alternatives: Plan B, which would reopen the Black Mesa mine under a Life-of-Mine Permit, and Plan C which consists of no action.

"Peabody's BMP would not only mean the continued devastation environmentally and culturally of the local communities, but also in the current climate crisis we all face globally, this plan would mean a major influx of green house gases to atmosphere," stated Enei Begaye, Black Mesa Water Coalition co-director. "Current projections of CO2 (a major greenhouse gas) emitted from the Black Mesa coal mine alone are around 290 million tons if [the mine were] allowed to reopen."

Navajo and Hopi organizations and citizens hosted two town hall meetings on July 1-2 to voice concerns regarding the Black Mesa Project Draft EIS. OSM has given 45 days for the general public to respond on Alternative B, for which the deadline for public comments is Saturday, July 7. Additionally, OSM has declined to attend these community meetings to give people more information about their preferred Alternative B.

"Black Mesa Project is nothing more than a coal grab. Instead of calling BMP a revised Kayenta Mine plan it should be called Kayenta Mine Expansion Program," stated Vernon Masayesva of the Black Mesa Trust. "The fact that Peabody is paying OSM to rush the EIS to conclusion borders on conflict of interest. It shows Peabody and OSM's concern ... of their irresponsible behavior."

"Simply posting the announcement of their plans in the newspaper is not enough," stated Wahleah Johns, Navajo citizen and Forest Lake Chapter member. "[OSM] must come out here and tell people what this plan is, they must answer questions, they must give adequate time to comment, before moving this permitting process through."

"Residents of Black Mesa have been opposing the BMP draft EIS since its release in 2006. In particular, the majority of public comments submitted to OSM last year are comments regarding Alternative A. The EIS has changed so much that the public needs more than 45 days to adequately understand and comment on this vast proposal," said Andy Bessler, Sierra Club representative.

In 2006, Office of Surface Mining released the draft Environmental Impact Statement (EIS) for the Black Mesa Project (BMP) supporting preferred Alternative A, which included the building of a coal-washing facility, the use of Coconino and Navajo aquifer water for coal-slurry transportation, the building of a 110-mile water pipeline from Leupp and the re-building of the 273-mile coal slurry-line to transport Black Mesa coal to the Mohave Generating Station, which ceased operations in January of 2006 due to the unavailability of its unique coal transportation means - fresh Navajo aquifer groundwater.

The unavailability of the Navajo aquifer is upheld by protection of Navajo and Hopi council resolutions that would guard the Navajo aquifer from industrial use by Peabody Coal Company after 2005. Annually Peabody's coal slurry process withdrew an average of 4,700 acre/feet of pristine Navajo aquifer groundwater for over 30 years. In the Draft EIS, Alternative A suggested the use of another major aquifer in northern Arizona, the Coconino Aquifer, to transport coal slurry to the state of Nevada.

Meetings held to educate public on Black Mesa EIS
SRP and OSM: Quit playing games with Black Mesa, C-aquifer and end all the confusion!
DEIS public meeting an emotional one in Leupp
Is Peabody hiding their true intentions for coal mining from Navajo and Hopi tribes?
Life of mine permit for Black Mesa withdrawn
Contact Us
Submit Questions, Comments, or Story Ideas