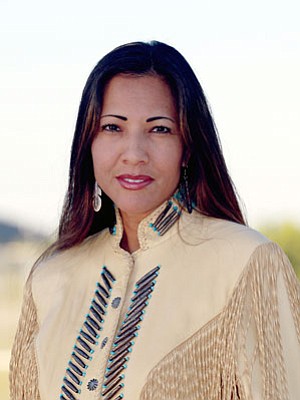 GLOBE - Mary Kim Titla, candidate in Arizona's 1st Congressional District, has received more than $50,000 in contributions from American Indian tribes both locally and nationally. Overall contributions to her campaign are nearing $100,000.

In a resolution supporting her candidacy, White Mountain Apache tribal leaders wrote, "Ms. Titla, a member of the San Carlos Apache Tribe has a long history of advocating on behalf of tribes in the state of Arizona and throughout the United States."

In a separate resolution, members of the Western Navajo Agency Council wrote, "Mary Kim Titla recognizes the need for honest, committed and positive leadership in government at the local, tribal/village, state and national levels."

"It's encouraging as a congressional candidate to be embraced by tribal leaders and others who believe in the need for new leadership. People want leaders who can relate to them. Having been raised on an Indian reservation and with my diverse background, I am the candidate who can best relate to people living in Arizona's Congressional District 1," said Titla.

The district, the size of Illinois, is one of the largest congressional districts in the country and is made up of mostly rural communities. District 1 has the largest Native American population-22 percent- of any district in the country.

Widely known through her 20 years as a TV news reporter in Arizona, Titla is the publisher of Native Youth Magazine online. She is also a member of the Point of Pines Cattle Association and Gibson Wash District Economic Enterprise Board.