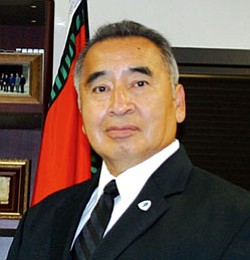 "I am extremely honored to once again serve in this position," said Grayson after the results were announced.  "As vice-president, I will continue to represent all Indians equally and fairly."

Grayson was chosen as one of 12 area vice-presidents for the organization during the group's annual convention held recently in Denver, Colo. He will be serving his second two-year term on the NCAI Board of Directors.