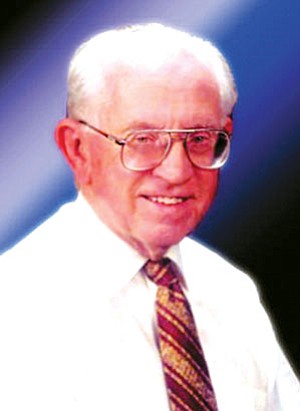 If it were, Don Soldwedel would have been the ideal prototype.

In addition to creating an excellent, respected media company, he also gave generously of his time, treasure and knowledge to his family and to making the communities he lived in and the institutions that served them and his state better.

A complete list of those achievements is far too long to present here and appears in the story on Page 1 of today's paper.

Those of us who worked with Don Soldwedel knew him and called him by his first name. He knew most of the company employees by their first name and took a genuine interest in them and their aspirations. Almost all of the current key leaders in the company are people he developed and nurtured from within the organization.

He was a down-to-earth, humble, kindly, considerate man always interested in other people. At the same time, he was the quintessential definition of a true gentleman.

Don Soldwedel believed in giving communities quality print and electronic information sources for their money. He dealt fairly, straightforwardly and honestly with others and achieved outstanding business success in the world when many like to take shortcuts.

He gave back to his state, nation and community by working to secure the future of his industry, the quality of its educational institutions, his church and the civic organizations he served.

Don Soldwedel was one of a kind, and we won't see his like again, but the mark of a truly effective leader is to develop within the company and civic, church and industrial organizations he led successors to carry on his work to his high standards.

None of us he leaves behind will be able to do it as well as he did, but because of his leadership example and careful nurturing of others, his company and the many organizations and institutions he served are in good hands.