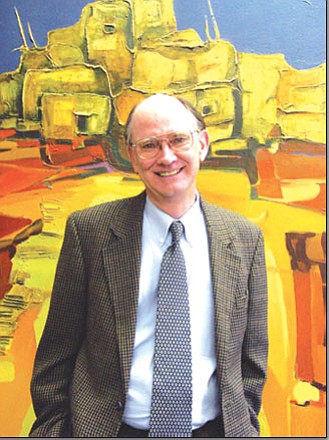 PHOENIX, Ariz. - Gov. Janet Napolitano recently appointed Robert Breunig, Executive Director of the Museum of Northern Arizona (MNA), to serve on the Arizona Commission on the Arts board. The appointment runs for three years.

Prior to joining MNA, Bruenig served as executive director of the Lady Bird Johnson Wildflower Center. Breunig worked as the educator, curator, and head of the department of anthropology at the Museum of Northern (1975-1982), Chief Curator and Deputy Director at the Heard Museum (1982-1985), Executive Director of the Desert Botanical Garden in Phoenix (1985-1994), and Executive Director of the Santa Barbara Museum of Natural History in California. He led the design and execution of new displays at each of these museums. He also serves on the board of the Arboretum at Flagstaff.

Robert C. Booker, Executive Director of the Arizona Commission on the Arts, says of Breunig's appointment: "We are thrilled that the governor has appointed Dr. Breunig to the Commission board. Dr. Breunig ranks among the finest museum administrators in the country, and is known for reaching out to the community through innovative curating and arts festival programming, which ultimately comes from his deep commitment to service."

The Arizona Commission on the Arts is an agency of the State of Arizona whose mission is to create opportunities for all Arizonans to participate in and experience the arts.