Department of the Interior responds to Cobell lawsuit 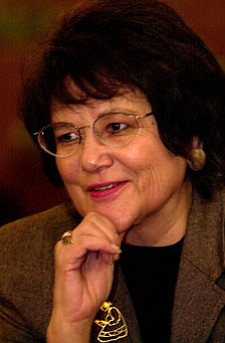 WASHINGTON, D.C- After 12 years of litigation over its management of the trust funds of individual Indians, U.S. District Court Judge James Robertson recently issued a decision in the Cobell lawsuit rejecting the plaintiffs' theory that the government owes them $47 billion.

"The department is gratified that the court recognized the complexities and uncertainties involved in this case," said James E. Cason, Associate Deputy Secretary of the Interior.

"We look forward to working with the court, the Congress, and the plaintiffs to bring the case to final closure."

After giving plaintiffs every opportunity to prove their case, Judge Robertson concluded that the model used by the plaintiffs to estimate the amount of money withheld from them could not "be used as a representation or even an estimate of the amount of trust funds that the government has failed to disburse" because it was based on biased expert opinions that assumed that  "all data that favors the plaintiffs may be treated as admitted," while rejecting all data that disfavors them.

In his memorandum, the judge wrote: "Their model did not make use of the best available evidence and did not make fair or reasonable comparisons of data. The plaintiffs' model stands or falls with their legal theory, and it falls. The government's model, on the other hand, fits comfortably within the equitable principles that should be applied with respect to the IIM trust, because it offers a useful way of pricing the considerable uncertainty in the data. Plaintiffs presented no statistical testimony challenging the government's model, which I found to be sound."

The court noted that plaintiffs failed to provide any evidence of the "prodigious pilfering of assets from within the trust system" that they have been alleging, and that they also failed to present any evidence that the government had used any undisbursed Indian monies for its own benefit."