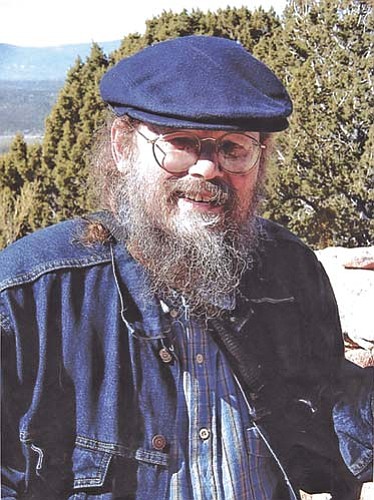 FLAGSTAFF, Ariz. - Under a big tent in the Coconino National Forest just north of Flagstaff on Aug. 9, Museum of Northern Arizona (MNA) Senior Research Anthropologist Dr. David R. Wilcox was presented with the 2007 Byron S. Cummings Award. One of four presented awards at this year's Pecos Conference, Wilcox was recognized for outstanding research and contributions to knowledge in archaeology, anthropology, and museology by the Arizona Archaeological and Historical Society.

The society's monthly newsletter Glyphs stated, "David R. Wilcox is a scholar of unmatched depth and breadth among those who study the anthropology and history of the American Southwest and western Mexico ... Wilcox is notable for his control of details, their analyses, assessments, and comparisons. He specializes in large-scale syntheses, the 'Big Picture' way of viewing polity, warfare, the Hohokam, architecture, settlement patterns, and the history of American anthropology."

The award's namesake, archaeologist Byron Cummings [1860-1954], was known for his directorship of the Arizona State Museum and his focus on the archaeology of the American Southwest. He guided hundreds of students into the profession of archaeology.

"The staff and board of MNA are proud of this high honor awarded to Dr. Wilcox. This recognition to one of the most important intellectual leaders in Southwestern archaeology today is richly deserved," stated MNA Director Robert Breunig.

Earlier in the year, Wilcox was selected by the Arizona Archaeological Society to receive its 2008 Professional Archaeologist of the Year Award, to be presented at the Arizona Archaeological Council's Oct. 24 and 25 conference at Pueblo Grande Museum in Phoenix. That award recognized him as the professional archaeologist who contributed the most to the advancement of avocational archaeology in Arizona over a period of years, as well as announcing the organization's high regard for him.

Byron Cummings gave the first lecture at the MNA's opening on Sept. 6, 1928. In celebration of MNA's 80th Anniversary on Saturday, Sept. 6, Byron S. Cummings Award recipient Dr. Wilcox will present "Seizing the Moment-Collaboration and Cooperation in the Founding and Growth of the Museum of Northern Arizona." This public lecture at 4:30-5:30 p.m. is included with MNA admission: $7 adult, $6 senior (65+), $5 student, and $4 child (7-17).