OPINION: The importance of family 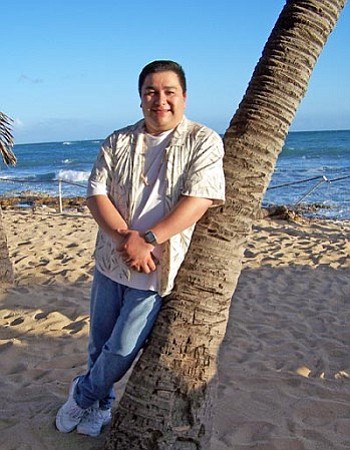 I recently had the pleasure of taking a much-needed vacation and took advantage of a trip with a friend to the beautiful Hawaiian island of Oahu. While the scenery was breathtaking to say the least, it was there that the concept of "family" was re-introduced to me in such a way that many a time, I caught myself thinking quite simply, "Wow..."

Family. It's amazing how such a small word can conjure up images of grandparents, parents and children all spending time together as well as feelings of happiness, closeness and togetherness. It's also amazing how many people - myself included - take this for granted. Many Native American tribes are well known for having close family ties. In Zuni, for example, many family groups still live in close proximity to each other in "clusters" of homes. This perpetuates and strengthens the bonds that ultimately tie these families together. It's not uncommon for a young child to leave their parents' house and go visit their grandparents who happens to live right next door. Often, the grandparents may even live in the same household as their parents.

However, coming from a relatively small family, I guess I never realized the extent of how close (or how distant) some families could be until I was introduced to the Hawaiian concept of "ohana," or family. Those of you who've watched the Disney animated feature "Lilo and Stitch" know exactly what I'm talking about.

My introduction to Hawaiian culture began with a quick lesson in Hawaiian vocabulary and culture, including a luau. It was there that the concept of ohana was discussed briefly, but again, due to its sheer simplicity, it left a lasting impression on me. To Hawaiians, it didn't matter if you were a blood relative or someone from the mainland who was new to the islands - once you were there you were called "cousin" and considered part of their ohana. However, our tour guide told us, "That doesn't mean you can call me up at 3 a.m. to have me bail you out of jail!"

During our stay, I found out that much like Native Americans, Hawaiians also have a great sense of humor; our tour guides kept us wholly entertained, often poking fun at themselves and their way of life. Where this played out was during our visit to the Dole plantation. I was a bit late getting back to our tour bus and nearly got left behind. As I got back on the bus, red from both sunburn and embarrassment, our driver - "Cousin" Walter - got on the PA system and announced to everyone on the bus, "He would've been fine...it's warm outside. He could've slept out in the fields and had all the pineapples and bananas he could eat." As everyone laughed, Cousin Walter looked back at me and smiled, and I knew deep down that there was no way he would've left one of his newfound "cousins" behind.

In fact, as I smiled back at Cousin Walter, I could hear the voice of Stitch saying, "Ohana means family...family means that nobody gets left behind or forgotten."

Our final day on Oahu was bittersweet. Though I knew it was time to go back home, I couldn't help but feel a little sad due in part to the fact that during our stay, I felt so much like I was a part of something more than just another group of tourists. I was now part of an ohana - one that knew no bounds of distance or genetics. Being made a part of this ohana made me feel closer to my own family and made me realize that no matter how large or small your family is, you should never take it for granted.

In time, I plan to visit my newfound ohana, but in the meantime, I feel confident that by being part of a bigger family, none of my "cousins" will forget me, especially Cousin Walter. Mahalo Hoahanau Walter. A hui hou kakou. (Thank you Cousin Walter. Until we meet again).