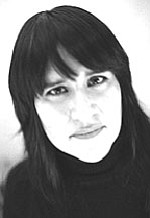 TUCSON-Arizona State Museum (ASM) and the Hanson Film Institute, in collaboration with the Film and Video Center of the National Museum of the American Indian, Smithsonian Institution, bring to Tucson the fourth installment of the collaborative project Native Eyes Film Showcase.

"Each of the featured filmmakers has used the cinema as a tool for discovery," said Vicky Westover, program director for the University of Arizona (UA) Hanson Film Institute. The showcase provides an exciting opportunity for Tucsonans to meet the filmmakers, watch their work, and to share in their journeys."

This year's films look at experiences within the Navajo and Mohawk nations, and deal with issues such as the impact of Christian missionaries and life on the reservation for young women. Special guests include directors Nanobah Becker (Navajo), Tracey Deer (Mohawk), and William Luther (Navajo/Hopi/Laguna Pueblo). Speakers include UA alumna Sierra Ornelas (Navajo) of the Film and Video Center at the Smithsonian's National Museum of American Indian.

Native Eyes also features a media literacy workshop for Native teens. Presenters are offering this in collaboration with the Tohono O'odham Nation Cultural Center and Museum for reservation high school students. The workshop includes films clips and discussion with Deer and Ornelas.

The Native Eyes Film Showcase begins at 7 p.m., Nov. 7, with screenings of the short films Memory in Bones (directed by Gail Maurice (Metis)) and By the Rapids (directed by Joseph Lazare (Mohawk)), followed by Mohawk Girls (directed by Deer).

On Nov. 8 at 7 p.m., the short film Conversion (directed by Becker) and the feature documentary Miss Navajo (directed by William Luther).

All screenings are free at the Grand Cinemas Crossroads at 4811 East Grant Road (Grant and Swan) in Tucson.

Director: Gail Maurice (Métis). In a thoughtful, poetic collage the filmmaker affirms her identity as a "strong Indian woman."

Director: Joseph Lazare (Mohawk). Mohawk filmmaker Joseph Lazare takes a teen's view in an animation about going from the city to visit relatives on the reserve.

Produced by: Rezolution Pictures and the National Film Board of Canada.

With insight, humor and compassion, the filmmaker provides an insider's look at life on the Kahnawake reserve, just across the St. Lawrence River from Montreal. Portraits of three young Mohawk women at the threshold of adulthood reveal their hopes and heartaches, and the challenges of growing up Kanienkeha:ka.

In Navajo with English subtitles.

In a remote corner of the Navajo nation, circa 1950, a visit by Christian missionaries has catastrophic consequences for a family.

No ordinary beauty pageant, the Miss Navajo Nation competition requires contestants to answer tough historical questions in the Navajo language and showcase traditional knowledge. The filmmaker, whose mother was crowned Miss Navajo in 1966, goes along on one contender's journey and interviews winners from the past five decades. The event's sacred dimension also emerges-young women are joining a matriarchal continuum that goes back to creation and the first Diné life-giving ancestor, Changing Woman.

Program 3, open only to invited participants

This is a media literacy workshop for Native teens. We are offering this in collaboration with the Tohono O'odham Nation Cultural Center and Museum for high school students on the reservation. The workshop will include films clips and discussion with Tracey Deer (Mohawk) about what has influenced her as a filmmaker and with National Museum of American Indian film staff Sierra Ornelas (Navajo) about currents in Native filmmaking today.