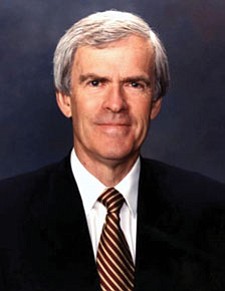 WASHINGTON, D.C.-On Oct. 16, U.S. Senator Jeff Bingaman (D-N.M.) won Senate support for his measure to give Native American communities access to federal funds that would step-up law enforcement activities related to methamphetamines and assist children whose lives have been touched by meth.

The Combat Methamphetamine Epidemic Act was enacted last year, but tribes and pueblos were unintentionally left out as eligible applicants under two Department of Justice initiatives it created: the Community Oriented Policing Services (COPS) Hot Spots program and the Drug-Endangered Children program.

"Meth is devastating families and communities, and we must do much more to stop this epidemic," Bingaman said. "My amendment would ensure that Indian Country has access to federal funding to fight meth."

According to the National Congress of American Indians (NCAI), Native Americans now experience the highest meth usage rates of any ethnic group in the nation. Seventy- four percent of Tribal Police departments rank meth as the greatest drug threat to their communities.

The Native American Meth Enforcement and Treatment Act of 2007 would ensure tribes are eligible for the following grant initiatives:

Hot Spots Grant Program: $99 million in funding for the COPS Hot Spots Grant Program, which helps local law enforcement agencies obtain the tools they need reduce the production, distribution, and use of meth. Funding may also be used to clean up meth labs, support health and environmental agencies, and to purchase equipment and support systems.

Drug-Endangered Children Grant Program: $20 million in funding for a Drug-Endangered Children Grant Program to provide comprehensive services to assist children who live in a home in which meth has been used, manufactured, or sold. Under this program, law enforcement agencies, prosecutors, child protective services, social services, and health care services, work together to ensure that these children get the help they need.