Friends of the NavCo Coalition against Drug Abuse awarded $5,000 grant 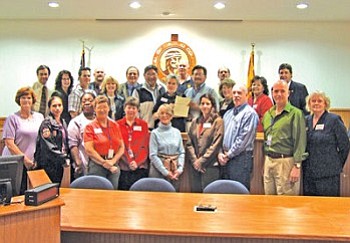 "We're so grateful for this," said Debe Campbell, NavCo Coalition Against Drug Abuse coordinator. "Any funds are a huge help to our operation."

Supervisor Jesse Thompson personally thanked Campbell for her involvement in the organization.

"This organization is so important to educating our young people on the dangers of drug use," Thompson said.