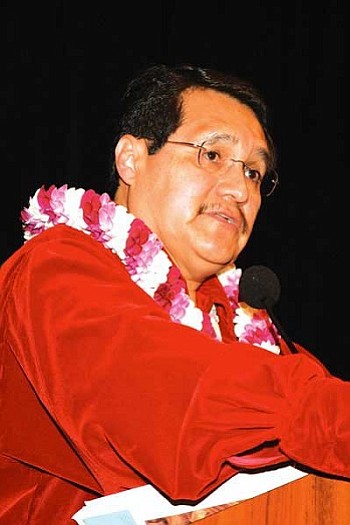 Last year, he served on the NIEA board of directors, and was elected by the board to be the president-elect. He succeeds Verli-Ann Malina Wright, a Native Hawaiian, who ended her one-year term as president on the last day of the convention, according to the NIEA by-laws.

The NEIA, a 501(c) (3) organization, was founded in 1969 to support traditional Native cultures and values, to enable Native learners to become contributing members of their communities, to promote Native control of educational institutions, and to improve educational opportunities and resources for American Indians, Alaska Natives, and Native Hawaiians throughout the United States.