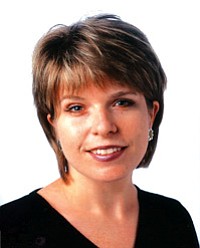 In the public's eyes, about the only folks struggling with believability issues more than the Bush administration are journalists.

The journalists have themselves to thank for that.

Last week, newsrooms nationwide observed Ethics in Journalism Week, and they had a sorry state of affairs to consider.

Since the mid-1980s, Americans have been increasingly skeptical of the information they receive from the news media, and no major news outlet has escaped the trend, according to The Pew Research Center for the People and the Press.

The loss of public trust should come as no surprise. Journalists have been caught making up stories (Jayson Blair, formerly of The New York Times, and others); rushing stories into the public domain ("Al Gore is our next president. No, make that George Bush. No, make that..."); accepting payment from the government in exchange for news coverage (three journalists formerly at El Nuevo Herald in Miami, and others); plagiarizing (too many culprits to name here); and juicing their stories with loaded language and sensational imagery (again, we don't have enough space to start naming names).

Business agendas are also getting in the way of good journalism. What else would explain an ABC reporter's "story" about a medical procedure that just happened to play a starring role in the episode of Grey's Anatomy that aired right before the newscast? What happens to local news coverage when hundreds of reporting positions are cut to satisfy investors' expectations, or [when] one corporation owns hundreds of news outlets?

Good journalism is at the heart of our democracy. Like it or not, a free press creates an informed citizenry that can hold business, government and the institutions that affect our lives accountable. This nation is great because it has a free - albeit noisy and messy - news media.

The easy thing for a cynical public to do is to watch passively as journalism reels from its self-inflicted wounds, or [start bashing] the news media until they deliver nothing of substance or value.

The media most certainly need to win back the public trust they've lost. That trust starts with a commitment to ethical news production, which is, above all, accurate, fair and independent of special interests. Many news organizations publicize their ethics policies online. The Society of Professional Journalists' code is widely considered the gold standard of the industry and can be found at spj.org. SPJ members routinely debate journalism ethics online and encourage the general public to join their conversations.

Rather than tune out, readers, listeners and viewers should hold news organizations and the companies that own them accountable for their news coverage and the business decisions that undermine responsible journalism. Write letters, send e-mail, make phone calls or blog. We'll all be better for it.

Christine Tatum is national president of the Society of Professional Journalists, the nation's largest journalism advocacy organization, and an assistant business editor at The Denver Post.