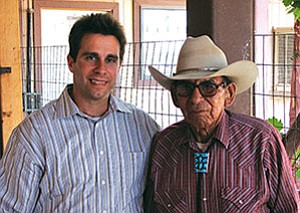 The Native American vote will play an important role in the Congressional District 1 election. Shanker already has strong ties with the tribes.  In addition to meeting with Chapters and supporters in the District's Native American communities, Shanker participated in closed session meetings with the Navajo Nation Council in Gallup, N.M. on June 7 and 8, 2007. He is working with the Navajo Department of Justice to address uranium contamination on the Navajo Nation. He also represents the Navajo Nation, the White-Mountain Apache Tribe, the Yavapai-Apache Nation, and the Havasupai Tribe in litigation over the San Francisco Peaks.

Shanker has made a point of staying in personal contact with his supporters on the reservation.  According to Shanker, "I have a much greater understanding and appreciation for what is important to the people at the Chapter level, and I plan to continue visiting as many Chapters as I can. The encouragement I have received and the friendships I have made in many of these communities mean a great deal to me."

Shanker is a Democrat, yet has garnered bipartisan support on and off the reservation.  About one-half of his campaign committee members are Republican and Shanker has received support and campaign contributions from a group of Republican veterans in the Prescott and Prescott Valley area who recognize him as a strong advocate for the rights of veterans.

For more information on Howard Shanker's candidacy or upcoming events, visit www.HowardShankerforCongress.com, and sign up for e-mail alerts.