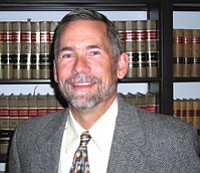 It is my pleasure to give you an update on the Western Navajo Meth Task Force. As many of you know, we started meeting last March due to our concern about escalating methamphetamine abuse on the reservations and our desire to prevent further harm and suffering. We are a grassroots organization of local citizens who try to make a difference in our communities in the war against drug and alcohol abuse. Our task force members come from many diverse professions and backgrounds. We have representatives from both the Navajo and Hopi Tribes in our group. We look for ways to support the many fine Native professionals that are involved in this hard work on a daily basis.

Our focus is on prevention, education and intervention in the areas of meth abuse and other drugs, as well as binge drinking by our youth. Our approach is based on Native traditions and customs so that we can maximize our effectiveness and "touch the hearts" of youth and families living on the reservations. We encourage young people to remember their heritage and to respect themselves by doing what is necessary to maintain balance, harmony, spiritual health and beauty in their lives. Meth destroys lives, families and communities-"the High is a Lie!"

Our task force worked hard last year to make some small differences that hopefully will save lives. At the youth fair in Tuba City last summer, we provided activities and an informational booth, as well as two speakers who talked about meth and binge drinking, which often leads to meth abuse. We also had an artwork contest for the kids and gave prizes to the top winners.

Some of our members recently helped conduct a meth survey on the Western Navajo Reservation. This survey was prepared for us by a graduate student from Northern Arizona University and will give us a better idea of the extent and nature of meth abuse on the reservation.

We are collaborating with the Coconino County Meth Task Force and Citizens Against Substance Abuse to bring their resources and possible funding support to the reservation.

Our task force will hold its annual planning meeting for the coming year on Jan. 23 at noon at the family courthouse in Tuba City. Lunch will be provided. Everyone is welcome to attend this important meeting and we would appreciate your input and involvement.

Our vision is to help start similar task forces of committed local citizens throughout the Navajo and Hopi reservations. We are enthusiastic, committed and working hard to making a positive difference! WILL YOU JOIN US???

David Rozema is an attorney who became a member of the Navajo Nation Bar Association in 1995. He served as a bar commissioner for the Tuba City District from 1995-97. For the past ten years, Mr. Rozema has been the Chief Deputy for the Coconino County Attorney's Office. He can be reached at 928-779-6518.