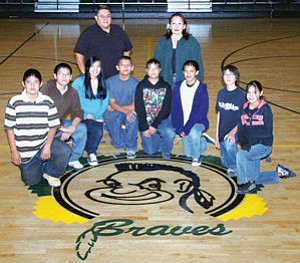 Isaac along with her assistant coaches Brandon Wilson and Ace Black have trained diligently in preparation for this final big meet and were not disappointed with the final results.

Isaac states, "These eight young wrestlers represented our district well as the Tuba City Junior High School Wrestling Team. They have shown great commitment and dedication to the wrestling sport. The wrestlers have shown that once they committed, they were ready to see the season to the end. Character also counts. They have shown respectability, humility and good sportsmanship both on and off the mat."