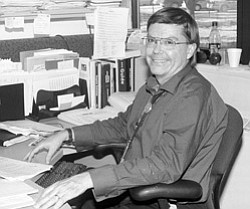 TCRHCC feels this is critical in preserving the public health and patient safety, and fulfilling the TCRHCC mission. The spending resolution, if left unchanged, will extend the FY2006 funding for the entirety of FY2007. In this case, TCRHCC stands to lose nearly $5 million of critically needed operational funding for patient care. This is new funding contractually promised to TCRHCC by the federal government that is now not being fulfilled. The United States Congress is responsible for not passing the FY07 Budget.

As Congress did not pass the FY07 budget before the start of the fiscal year on October 1, 2006, federally funded entities are currently operating on the third Continuing Resolution, which will expire on February 15, 2007. The Continuing Resolution has meant reduced funding for both the IHS (an agency of the U.S. Public Health Service), and hospitals like TCRHCC that are self-governed under P.L. 93-638 contract with IHS are attempting to operate at FY06 funding levels.

"If 2006 funding levels are approved and locked in as the 2007 Budget solution, TCRHCC will still lose millions of promised dollars," said Grey Farrell, President of the Tuba City Regional Health Care Corporation Board of Directors. "We spent weeks negotiating a legal contract with the IHS and it is not being fulfilled."

Last year (FY06), the United States also rescinded nearly $1 million in funding from TCRHCC to use for other national obligations.

The leadership of both the U.S. House and Senate has already announced their plan to pass a yearlong spending resolution in lieu of a 2007 Budget. Under Continuing Resolution, TCRHCC currently receives 10% less than the net contractual amount of funding, instead of the lump sum usually received at the beginning of the fiscal year under the Annual Funding Agreement with the IHS.

According to the TCRHCC medical staff, the reduced funding under the Continuing Resolution has increased patient wait times to see providers and receive preventive care, has hindered adequate diabetes education, cut some prenatal care services and disallowed purchase of eyeglasses for patients. It has halted elective surgeries such as joint replacements and tonsillectomies, has impacted pharmacy policies, forced a hiring freeze, and has limited the ability to order supplies.

"The yearlong extension of last year's funding levels could have severe implications and harmful effects on the public health and safety of our patients, and the medical facilities serving our local communities," said Joseph Engelken, TCRHCC Chief Executive Officer.

"We will continue to tighten our belts and deliver essential services to our people," Engelken continued. "But expanded services and facilities will have to wait."

"The saddest part of this inaction is that the people who suffer the most are the ones who can least handle the impact. It is the most vulnerable members of our communities that are most affected: the poor, the abused, the sick, the elders, and the children," said Engelken. "These are the ones who depend on public healthcare institutions like ours. We are talking about those we are here to serve-our patients, our neighbors, our people, and our families."

TCRHCC urges Tuba City residents to write to their members of Congress and strongly urge them to include the FY07 funding levels for the Indian Health Service in the yearlong Continuing Resolution, or pass the appropriations bill for continuance of essential public health and medical services to patients in need.