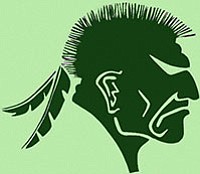 The nine selected students makes Tuba City High School the top school to produce such academic superstars. Each student will be given a final cash award of $7,000 per year at their chosen university or college for four years.

Students must maintain a 3.0 grade point average to continue to receive the Manuelito scholarship from the Navajo Nation.

For more information about the rigorous, high-achieving academic programs at Tuba City High School, contact the Office of Public Relations at (928) 283-1185.