National secretary of AIM passes away 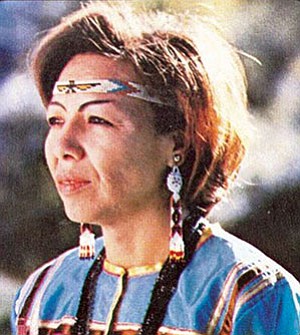 Reva Maureen DeCorah-Barta, a citizen of the Ho Cank Nation and National Secretary of the American Indian Movement (AIM) passed away during the early morning hours of Aug. 9.

A service was conducted Aug. 10 at the Ho Chunk Center just north of the BIA headquarters in Winnebago, Neb. Traditional wake services were also observed and her body returned to "feed the grasses of sacred Grand Mother Earth" at the Rave Cemetery on Aug. 12.

DeCorah-Barta was born March 1, 1934 to Edna Rave and Henry Thomas DeCorah and raised in Winnebago. She later moved to Albert Lea, Minn. and later entered the U.S. Air Force.

She returned to the area where she met and married George E. Barta. They made their home in Sioux City, Iowa where they raised four children: Steven, Susan, Scott, and Sandra. The eldest son Steven passed away in 1968.

DeCorah-Barta eventually began working for the American Indian Center, which eventually led to her joining AIM along with her husband.

"George and Reva" became very active in the defense of Indigenous peoples rights. She and her family participated in AIM protests and "takeovers" in such locations as Gordon, Neb., Cass Lake, Minn., and the BIA headquarters occupation in Washington, D.C. Due to her expertise in shorthand, typing, and writing, DeCorah-Barta was unanimously elected as the National Secretary of AIM in 1971.

In March of 1973 she entered the siege at "Wounded Knee" along with her daughter, Susan to help the Oglala Lakota Nation battle against government oppression on the Pine Ridge Indian Reservation. While DeCorah-Barta was inside, her husband coordinated the transportation of food, ammunition, and weaponry into the AIM stronghold to assist those under daily government attack.

The siege brought world attention to the plight of American Indian people and helped prevent the "termination" of American Indian tribes. These efforts insured that Indigenous people could freely practice their way of life through spiritual ceremonies and other sacred traditions earlier prohibited by government policies.

DeCorah-Barta's legacy continues through her three children, seven grandchildren, a great grandson "Clyde" and a great granddaughter "Lila." Pallbearers were her grandsons and AIM members.