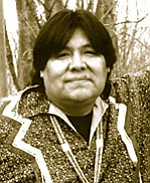 The Lacapa Spirit Prize is proud to announce its inaugural winner as well as two honor awards for 2007. Named for Michael Lacapa, children's book illustrator and writer who passed away in 2005, the award honors the legacy of his artistic vision and talent for storytelling.

This prize acknowledges great books for children that best embody the spirit of the peoples, culture and natural landscape of the Southwest. Books published in the two years prior to the award are eligible for consideration.

Villaseñor's bilingual fable, "Little Crow to the Rescue," delightfully explores the interdependence of humans and animals. Crows learn to fear humans, sons learn from their fathers, fathers learn from their sons-all have knowledge that must be shared. One prize judge noted, "Villaseñor and illustrator Felipe Ugalde Alcántara have teamed up to create a book that will entertain and inspire young readers ...Told with humor and respect for tradition, Victor Villaseñor hopes this story will inspire young people to share their wisdom with their elders.

Illustrator Filipe Ugalde Alcántara uses brilliant color and bold images to visually tell this story. His paintings portray the curvature of the earth and suggest the circular nature of story that begins and ends by asking and answering the question of why humans cannot catch crows. Both story and illustration spring from Villaseñor and Alcántara's Mexican heritages and have greatly enriched the body of Southwest children's literature."

He was an exceptional storyteller and the talented illustrator of such books as "The Magic Hummingbird," "Spider Spins a Story," and "The Good Rainbow Road." He is the author/illustrator of "The Flute Player," "Antelope Woman" and "Less Than Half, More Than Whole," the latter co-authored with his wife Kathy.

The Lacapa Spirit Prizes will be awarded to recipients during the 10th Annual Northern Arizona Book Festival in Flagstaff, April 20-22.