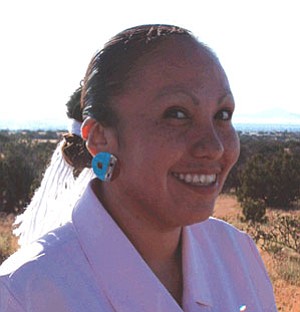 Sam, of Dinè and Tesuque Pueblo heritage, comes to the IAIA campus from the IAIA Museum, where she was employed as a Collections Assistant.

A 2005 graduate of IAIA, Sam holds a B.A. degree in museum studies. Her recruitment region includes tribal high schools and colleges in the Four Corners region as well as Alaska and the Navajo Nation.