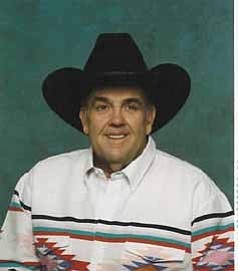 Memorial serivces for Glenn "Dale" Mitchell, 61, of Holbrook were held Oct. 15 at the Holbrook Stake Center of the Church of Jesus Christ of Latter-day Saints. Interment followed in the Holbrook Cemetery.

Dale passed away October 10 in Winslow. He was born in Muskogee, Oklahoma.

Dale served in the United States Army during the Vietnam Era. He owned Dale's Auto Body in Holbrook for many years, and also worked as a surveyor for the State of Arizona.