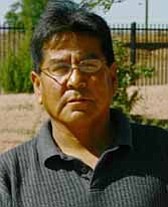 Although his name will not appear on the ballot, write-in candidate Robert Carr has thrown his hat in along with Mayor Jim Boles and candidate Allan Affeldt, for the mayoral recall election Nov. 8.

"I really do care about this town," Carr said after filing his write-in candidate papers last week.

"This is where my kids and my family grew up," he said.

Carr ran against Boles in the mayoral race during last year's election, again as a write-in candidate, losing by a mere 150 votes.

When asked why he decided to run again, and why he thought he had a chance to win, he said, "I've had encouragement from personal friends and a lot of people in town.

"I have gotten to know more people in town, and some of the problems that exist and have to be dealt with, I have dealt with personally.

"This is a very unique town. It is comprised of diverse ethnicities. There is not enough diversity on the council. I do not see equal representation on the council."

Carr said that several years ago the city spent money on research to determine what the number one problem was in Winslow.

That research, he said, found the problem was street people. "Nobody did anything about it," he said. "The city has a bad image. It can't be like that."

He noted that he felt the problem was everywhere, and that it would always exist, but that everybody needed to get together and pitch in to fight it.

"It's time for a change," Carr said. "We have been in a comfort zone for too long. If we do not change, everyone will have tensions and animosity toward each other.

Carr moved from Sanders where he had been teaching, to Winslow in 1989. He works in construction. He is married with six children.

Along with the mayoral candidates, Councilwoman Judy Howell and Stephanie Lugo will vie for Howell's seat on the council during the recall election.

The final date to register to vote in the recall election is Monday, Oct. 10.