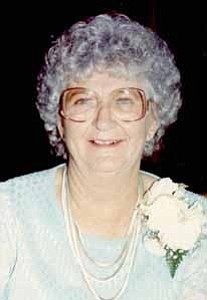 Louise passed away peacefully at her home in Winslow on Nov. 20.  She was born on July 1, 1920 in Red River County, Texas to G.O. and Madge Davidson.  She met and then married Fred C. Long on August 14, 1938 in Rocky, Oklahoma.  They moved to Winslow in 1952.  She was a member of the First United Methodist Church and a lifetime member of the Ladies Auxiliary UTU.

She was preceded in death by her husband.

Arrangements are entrusted to the Norvel Owens Mortuary.