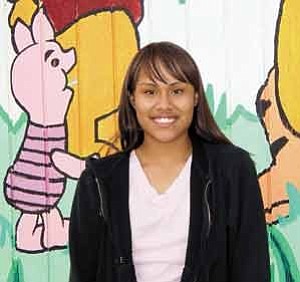 "It was a thrilling season" according to Head Cross Country Coach John Goatcher, who oversees the running team at Tuba City High School along with his assistant coach, Cedric Dawavendewa and former Princeton University running legend, Carl Perry.

The latest coup for Tuba City Cross Country Warriors came at the Holbrook Invitational on Oct. 21, held at the Hidden Cove Golf Course.

The Warrior harriers have defended their championship from last year, defeating a field of 20 other school teams including larger 4A and 5A competitors from both reservation and non-reservation Northern Arizona representation.

Tuba City won with the low score of 74 points followed by St. Michael runner-ups with 83 points, Ganado 95 points and Chinle with 98 points.

"I am extremely proud of these young men who ran smart with the great pride that is the trade-mark of Tuba City High runners for many, many years," Warrior Head Coach John Goatcher. "They deserve the credit for their effort, their heart and their first place win.

"I am very lucky to have two exceptional coaches working with me as a team together with our young men to help them achieve their running goals and dreams. We are looking forward to the 3-A North Regionals and State Championships."

Coach John Goatcher has been Tuba City High School's Social Studies teacher for the past 32 years and was selected by the Arizona Track and Field Coaches Association as the Cross Country Coach of the year in 1988.

"I have great passion in both teaching and coaching to help my students achieve their lifetime visions and dreams, I can't think of a better career," said Goatcher.