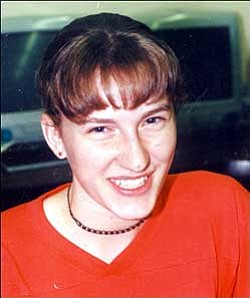 Keith, who will major in neuroscience or international relations at Dartmouth, will receive $1,500 per year for four years from the Robert C. Byrd Scholarship.

This is a federal scholarship that is administered through each state and based on academic excellence.

“I’m so happy about receiving this scholarship. Now, I’ll be able to eat when I’m at college,” she joked.

Keith said the scholarship shows that students from Hopi High can excel academically just like students from college prep high schools. Keith said she is excited about attending the small but well-known and respected college.

“The teachers at Hopi High School did a good job of preparing me for an upper level college education,” she said.

Keith said she is happy that Daryn Melvin, who graduated from Hopi High School last year, is already at Dartmouth.

“I’m really excited about going to Dartmouth. It will give us a chance to build a sense of community and it shows that people from the reservation can succeed,” she said.

Although Keith is not Native American, she said that because she comes from the reservation that she will bring a different perspective of cultural diversity to the college.

Keith is German, Russian, Ukraine, Scottish and Irish. Keith, a National Honor Society student, has been active in journalism, literary magazine, academic decathlon, Close Up and Gifted and Talented.

Keith said she became interested in attending Dartmouth when she visited the college in Hanover, New Hampshire, one summer while studying at Phillips Exeter Academy.

“I like the atmosphere and school,” she said about Dartmouth. “It is also one of the few schools that offers a major in neuroscience.”

Born in Gallup, N.M., she was raised in Ganado before moving to the Hopi Reservation.

Keith will have her college orientation Sept. 13.

She is the daughter of Skip and Rita Keith, who both teach at Hopi High School.