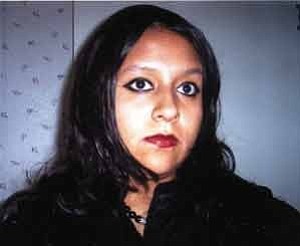 WASHINGTON -- Angela Mata of Tuba City has been selected to participate in the National Young Leaders Conference (NYLC) in Washington, D.C. from July 16 to July 26.

Mata is a senior at Tuba City High School, where she has maintained a 3.9 grade point average and is ranked eighth in her class. For the past three years, she has been in National Honor Society and a member of the volleyball team. The oldest of five children in her family, Mata works part-time at Chevron gas station and attends early morning seminary during the school year.

NYLC is a unique leadership development program for high school students who have demonstrated leadership potential and scholastic merit. Mata was one of approximately 400 outstanding scholars from around the country.

The theme of NYLC was "The Leaders of Tomorrow Meeting the Leaders of Today." Throughout 11 days, Mata interacted with a variety of personnel who operate within the three branches of government, the news media and international community.

"The National Young Leaders Conference prepares students like Angela Mata to serve our country well, whether that means as elected officials in our nation's capital, as active members within communities around the world or as intelligent, creative and responsible members of the work force," said Mike Lasday, executive director of the Congressional Youth Leadership Council, the organization that sponsors the Conference. "Through a series of simulations, we place these young leaders in the proverbial driver's seat on a variety of issues facing our country today. Their determination, as shown within the Conference, is a good indicator of the types of leaders we will see in the future."

Complementing a schedule of special meetings and briefings, Mata will participate in a number of leadership skill-building activities and simulations. In one role-play activity titled "I Were President," students act as the president and cabinet members responding to an international crisis. Students also participate in Testing the Constitution, in which they examine actual Supreme Court cases. The Conference culminates with the Model Congress, in which the scholars assume the roles of U.S. Representatives, and debate, amend and vote on proposed mock legislation.

Past highlights of this program have included welcoming remarks by a current or former member of Congress, made from the floor of the House of Representatives--a treat that is seldom afforded to other groups. Students have also had opportunities to interact with prominent members of the Washington press corps at the National Press Club, in addition to meeting with senators and representatives or appointed staff members to discuss important issues facing the nation.

CYLC is a nonprofit, nonpartisan educational organization. Since 1985, the council has inspired more than 200,000 young people to achieve their full leadership potential. Nearly 425 members of the U.S. Congress join our commitment by serving on the CYLC Honorary Congressional Board of Advisors. In addition, more than 40 embassies participate in the Council's Honorary Board of Embassies.